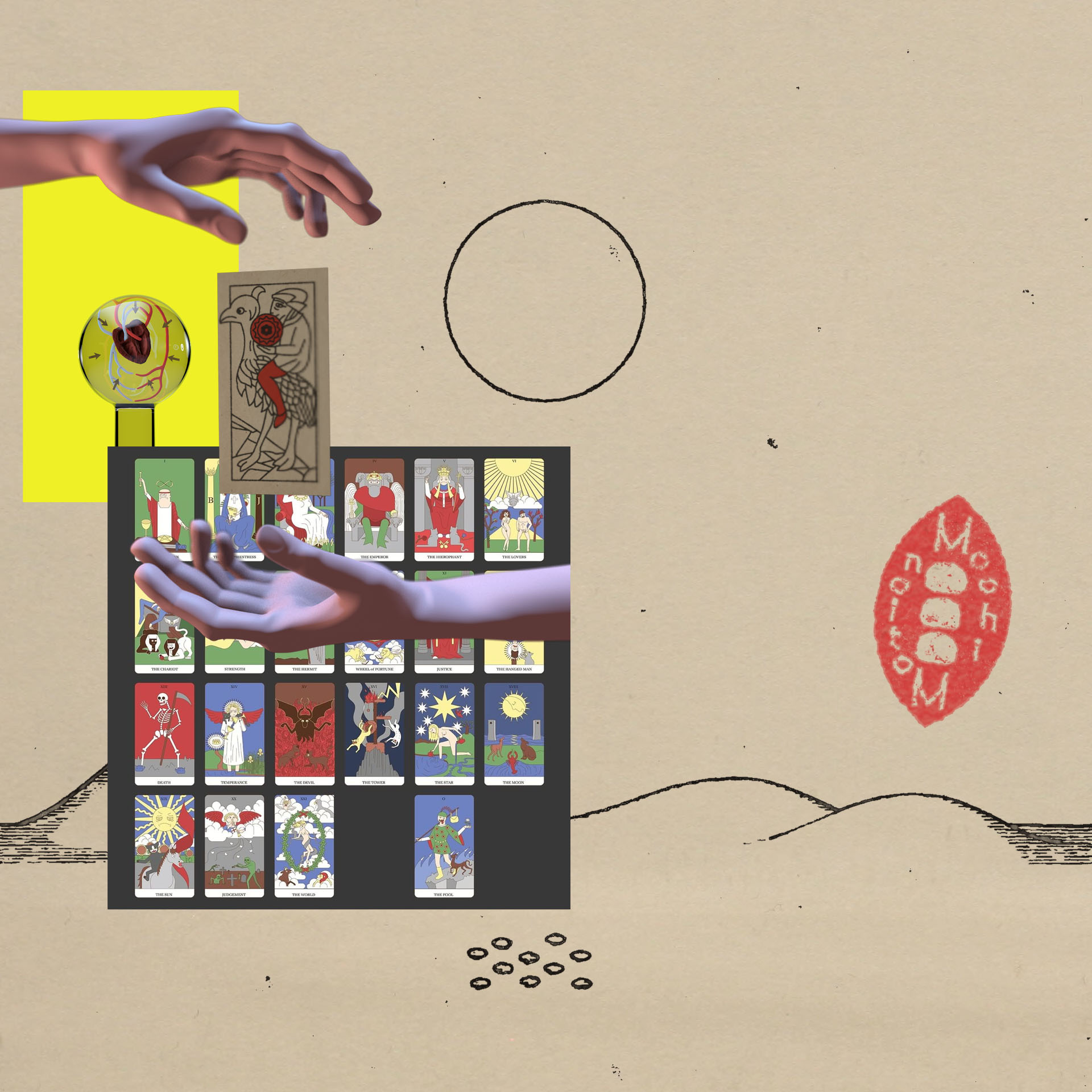 A quick rundown on recent additions to our in-house animated documentary project about tarot cards. It must be clear by now that this film is a long term project which is getting pieced together one micro-animation at a time. And visually/stylistically it’s all over the place. Perhaps fittingly so, as there exists a tarot deck for nearly every artstyle, media franchise and subculture imaginable. Whatever the direction the film will eventually take, there’s no reason not to share the process while it’s happening. We’ve been posting enough tarot visuals to our Instagram and Facebook pages to have a little write-up here, along with some process pictures.

It has been established in previous posts that tarot first emerged in early renaissance Italy as a card game (much like normal playing cards, just with an additional set of picture cards). Print technology spread it across Europe in the following centuries. Eventually, in the 18th century esotericists made up various far fetched theories about mystical origins and supposed hidden codes in the cards’ iconography, causing the tarot to become a trope of occult and new-age subcultures. In its second life as a divination “tool” tarot has been appropriated by all kinds of cultures across the continents.

Our film will explore both common directions in tarot-research:

-the historically accurate origins as a card game (and any related unproven but plausible theories regarding its iconographical meanings)
-and its current status as artefact of western mythology and supernaturalism.

According to my own findings and interests at play in this tarot-explorations, “reading the cards” (ie, using tarot for fortune telling, rather than for the established trick-tacking game tarocchi or trionfi) should also be approached as a form of gameplay. When approached playfully the tarot can function as a narrative generator, much like a role-playing game, impro-theater session or even a sort of quirky primitive computer.

For my 33d year (potentially numerologically significant: a next cycle after the 22 Major Arcana?), Mochi Liesbeth created a full 22-part Major Arcana deck, based on the well known early 20th century Rider-Waite-Smith deck. It’s super colorful and much of the canonical imagery has been improved by the addition of cats. The pictures demystify much of the serious and artificial grandeur of the original designs of Pamela Colman Smith. Almost like a humorous peek behind the scenes of the original cards’ settings (kind of similar to how Liesbeth mirrored the idealised cliches of zoo animals against a sad yet funny reality in Biotopia). Even on cards like The Emperor, where she reproduced the original design elements without alterations, the emphasis is on how ridiculously seriously the characters are taking themselves in posing as great figures. This goofiness is actually more truthful to the earliest known examples of tarot cards, which often featured the kind of allegorical humor and weirdness in the tradition of medieval miniatures.

The Four Suits of the Minor Arcana

Aside from the picture cards (or Major Arcana), tarot features four regular suits of number cards (1-10) and court cards (page, knight, queen, king). The suits of swords, batons, cups and coins/pentacles probably have their origin in more ancient types of Arabic playing cards. A recent theory by filmmaker and tarot-master Alejandro Jodorowsky imagines the symbols in a cyclical sequence (so card 10 from the suit of swords is supposedly followed by card 1 of the suit of cups and so on). This idea, combined with recurring floral motifs on historic suit cards, inspired this animation. Visually the animation mimics the woodcut print style of preserved copies of early mass-produced decks (examples in a later section of this post). The effect was mainly created using 2D shaders on animated 3D models and roughening up the result. It’s probably about as much work as actually drawing and printing each frame manually. But the 3D method is more controllable (at least for an untrained draughtsman such as myself).

With this animation I have also made a first attempt at sharing my work with both historically en esoterically inclined tarot communities. Though both populations study the same tarot-essentials, their respective general opinions on the matter are likely to offend the other side. The historians are skeptical about unfounded origin stories and general supernatural nonsense, while the esotericists are often put off by the sour elitist callout culture of the fact-checking academic side. seeking opinions on my work from both sides of the tarot-world may help prevent me venturing too far into one single direction.

The Knight of Pentacles

The Museum of Fine Arts in Budapest has several uncut printed sheets of tarot cards from the early 16th century (most likely of Italian origin like most known tarot cards from the time). These are some of the oldest examples of “mass-produced” tarot cards. Though they are understandably much less richly illustrated than the fine handpainted luxury cards of the nobility, these rough prints do not lack in imagination. On several of the sheets (all quite damaged unfortunately) we encounter a Knight Of Pentacles card. The knight is mounted on an ostrich. This is weird, even for tarot. In appreciation of this unique design (the court cards –knights, queens and so on– aren’t usually very memorable design-wise) I’ve tried to remake it, just to see what it might have looked like. This is by no means a professional restoration –a free interpretation at best. The strange feather/ear/horn shapes on the ostrich’s head are probably totally inaccurate, but I’ve tried to make sense of some of the lines that appear to be present on the worn-out original. I’ve looked into several medieval depictions of ostriches for reference. And they are wonderful.

For more careful reconstructions of the Budapest sheet (and other early tarot prints), be sure to check out Tarot Sheet Revival. They will release a a second edition of their Budapest pack in the near future. I am not entirely certain if the ostrich is included (the collection in the museum consists of sheets from several different decks and I haven’t really looked into which cards belong together to form the TSR edition).

Finally there are some more original card designs coming up in a surreal postmodern style –props to be featured in the eventual movie. Here is card VI The Lovers, with the famous sculpture of Cupid and Psyche and a heart-like 3D graphic. An animated edition will be posted on our instagram account in the following weeks.