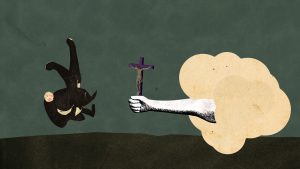 Some of you have noticed a long radio silence from Mochi Motion HQ. Nothing to worry about –on the contrary: we have been busy art directing our own wedding!

We’ve designed printwork and animations with recurring motifs like dinosaurs, cats and the cosmos, all in a style that channels space age modernism, as it would have been depicted in medieval illuminations. This doesn’t sound like it makes much sense, but examples of the actual visuals reveal a surprising coherence. Especially combined with the surreal vibe of the Cocteau ballroom, the stunning futuristic wedding gown designed by Zoë V. (see below) and the ethereal electronic soundscapes of Simon H. the evening developed a logic of its own. A dreamy logic, but logic nevertheless. 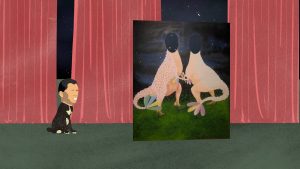 Projected animations helped to give context to our unconventional wedding aesthetics. The most extreme example, the “first dance” not being performed live by the happy couple, instead by virtual cretaceous avatars,  apparently succeeded in convincing guests to let go of any traditional wedding expectations. Our approach allowed everyone to drop the formalities and just have fun in this weird parallel universe, for one night.

We are extremely happy together and will continue to express this through our work. More snippets from the animated sequences will follow soon. 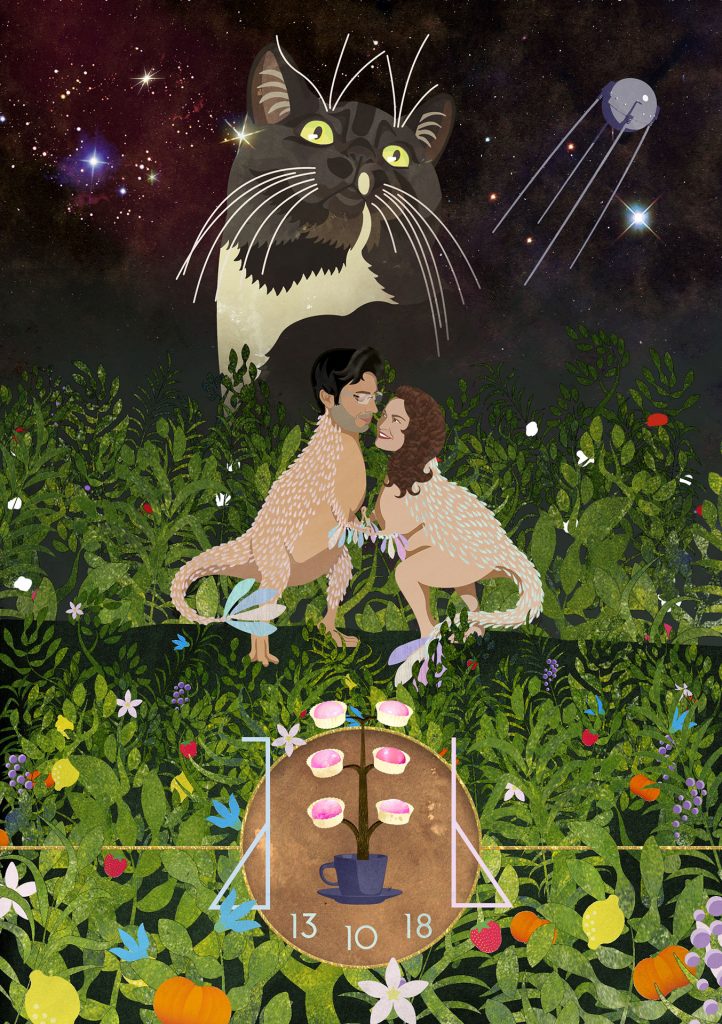