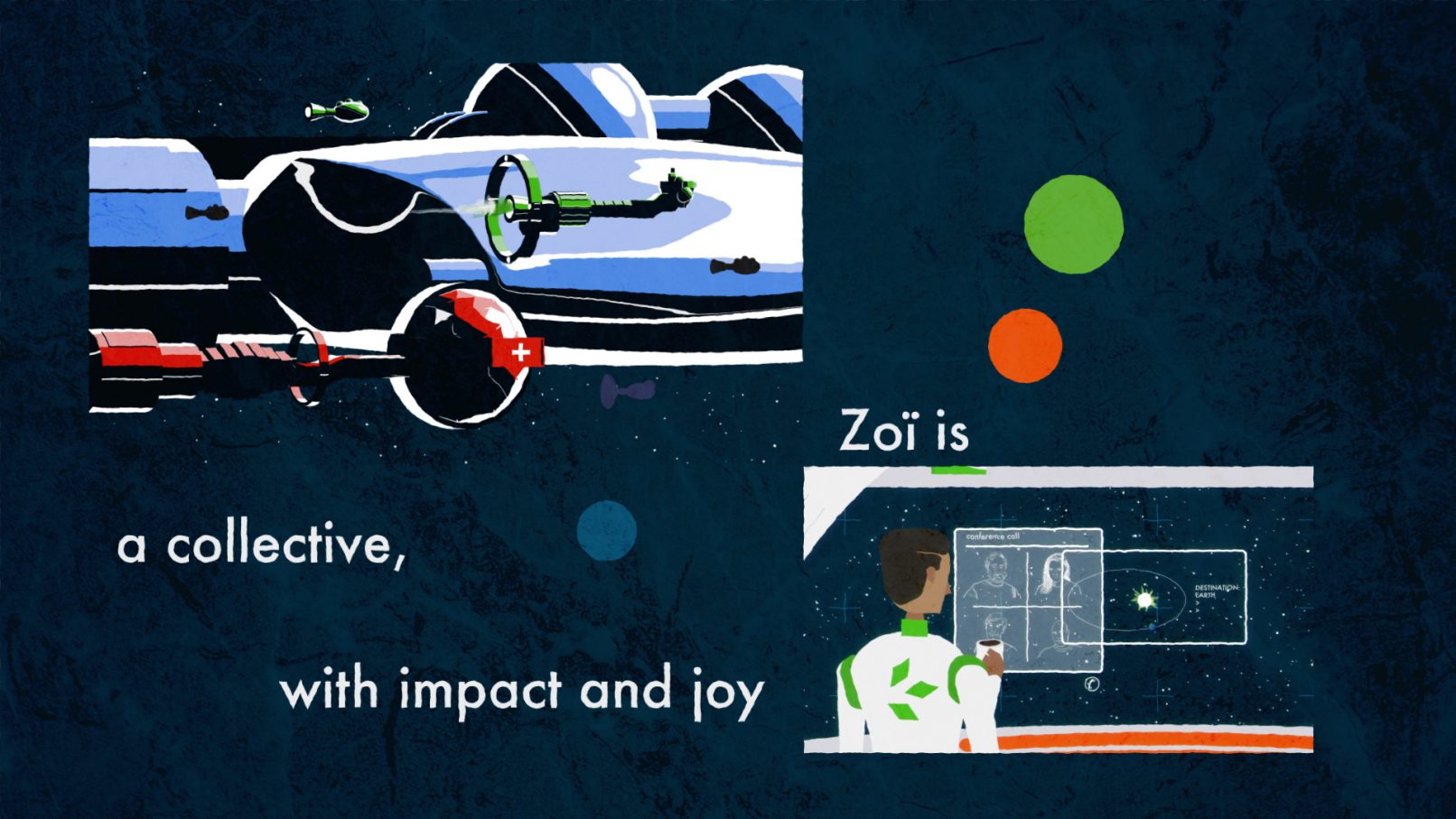 Zoï Environment Network takes its name from the ancient Greek word for ‘life’. Different from a commercial consultancy firm, we are non-profit and driven by our belief that access to information is at the heart of democracy and vital for sustainable societies. Zoï combines technical expertise with political insight and creative talent to produce concise analyses presented through multifaceted communication materials.

The Geneva based Zoï Environment Network has celebrated its 10th anniversary on april 10, 2019. Festivities took place, in which their professional partners, friends and allies came together to look back at Zoï’s achievements. The visual theme of the event was “outer space”, accentuating some of the core ideals underlying Zoï’s work: life on earth is precious and vulnerable  in the vastness of the universe. 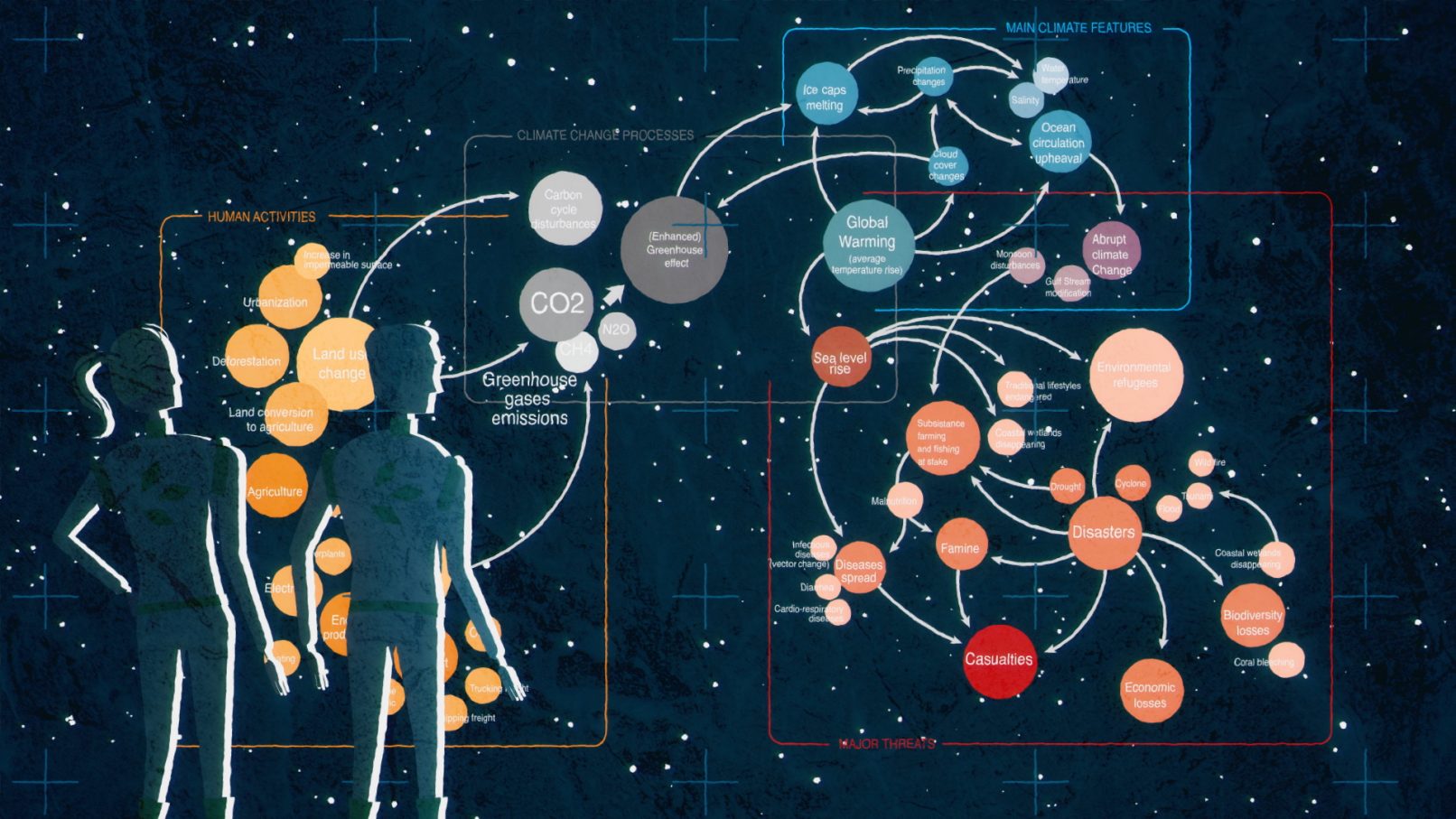 We were asked to create an animation that incorporates maps and graphs from selected Zoï projects into and old-school scifi adventure structure. The Zoï collective would be represented as a space ship visiting several planets, or planetary systems, each standing in for some (problematic) aspect of our own earth. Zoï’s journey is one towards a better version of earth.

Zoï’s anniversary event would focus on 3 main topics from their portfolio. The narrative of each planet in the animation corresponds to one of these themes: climate change (the polluted smog world), social impact of environmental factors (like resource conflicts: a planet of which one area harvests all available water) and biodiversity (two alien creatures looking for their homeworld).

The animation would serve mainly as a mood-setter for the anniversary event itself. So unlike usual corporate animations capturing a fun, somewhat lyrical overall vibe was more important than communicating specific data or resorting to stock motivational messages.

An initial spaceship design was approved to define the look and feel of the entire animation. Simple 3D-models would be rendered with a “flat” looking shader, mimicking vintage limited-color printing techniques. To further embed the digital 3D elements in a more rugged handmade illustration world, the character design would be entirely based on a cut-out look, with scribbly handdrawn details.

We aimed to give the animation the colourful directness of a children’s book. 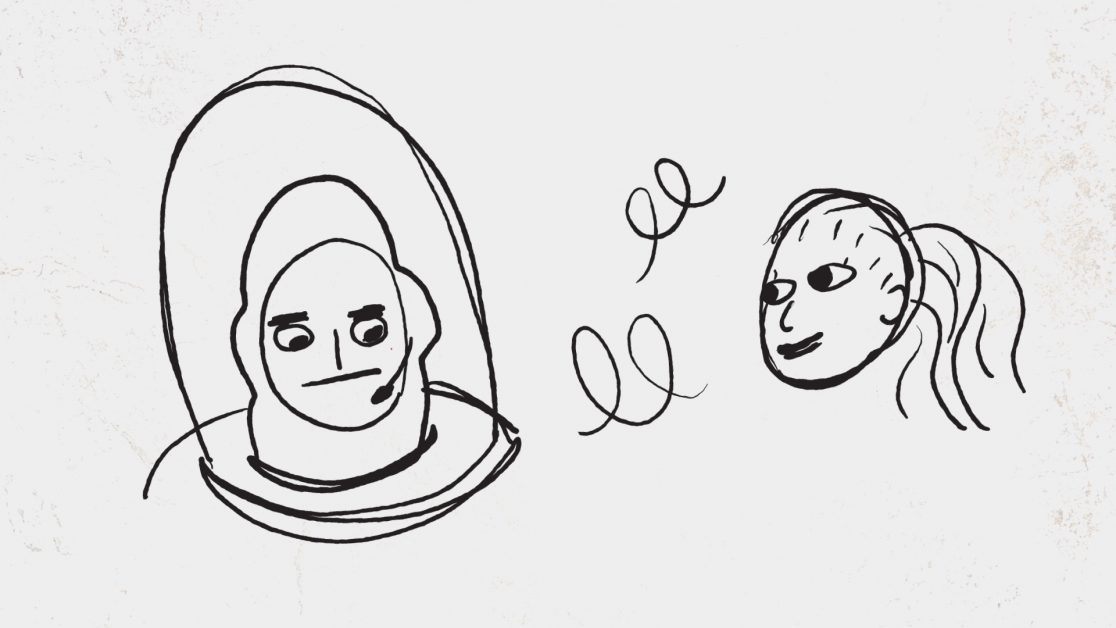 Variations of animation materials were used for other elements related to the event (invitation graphics and ambient projection loops) and some will continue their life beyond this particular film (like an animated version of the Zoï logo).

A selection of these will be available on our Instagram. 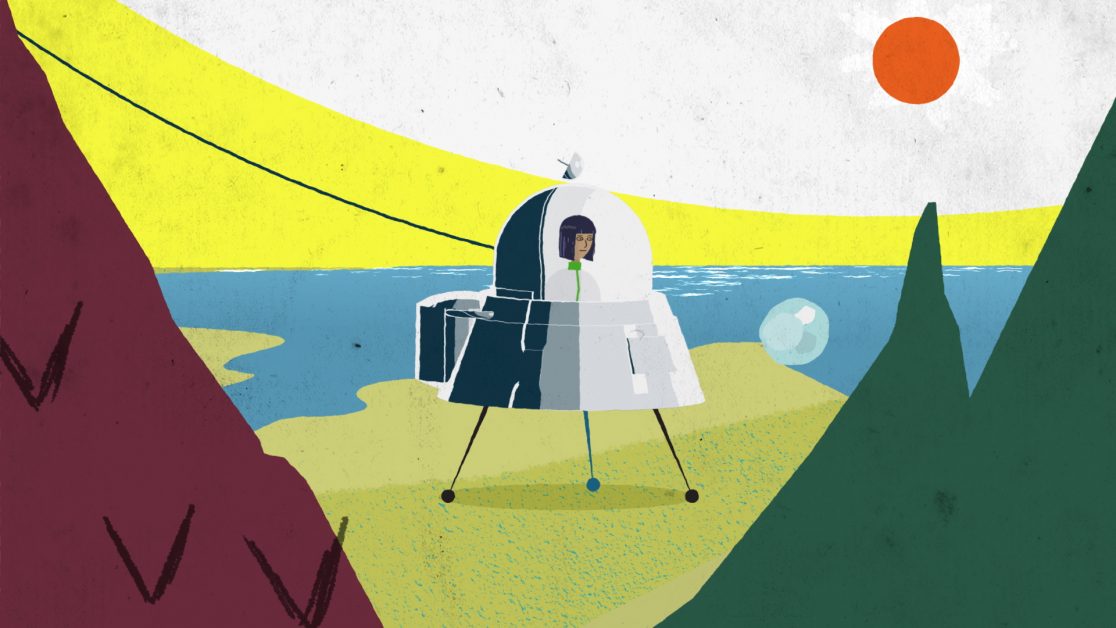 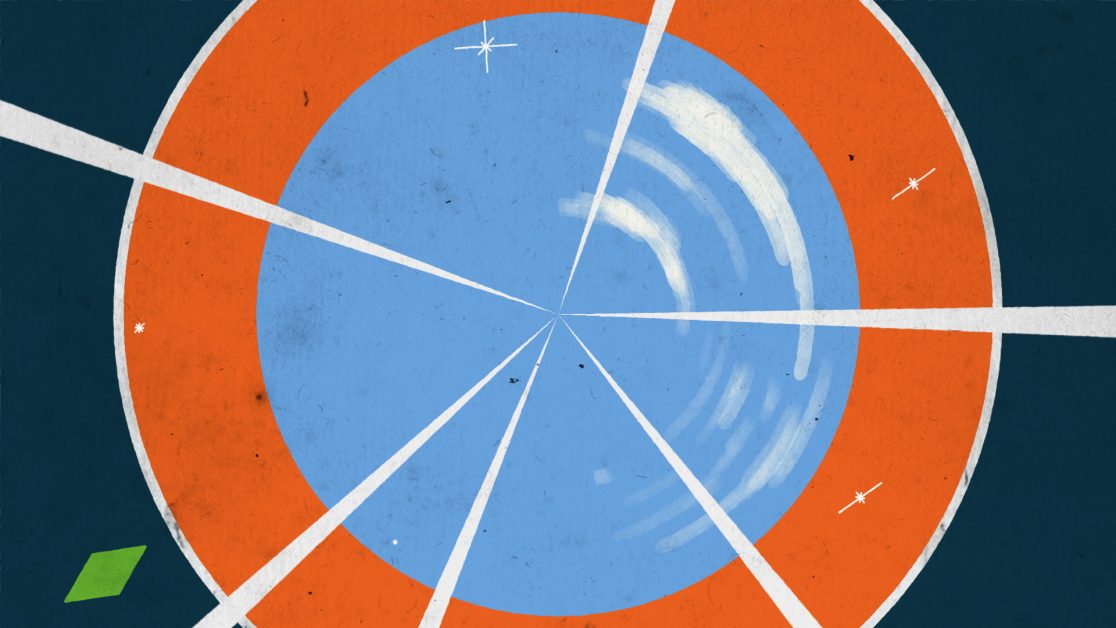